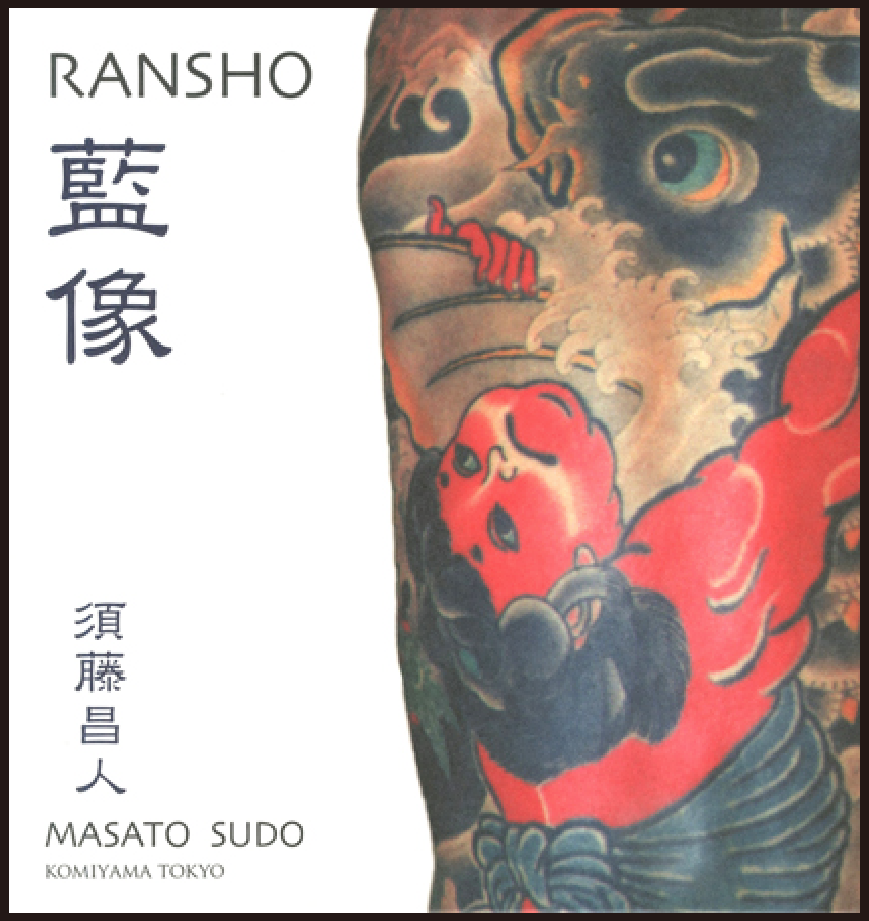 Signed. Limited edition 500.
Tis is the new edition of “Ransho” by Masato Sudo, published by KOMIYAMA TOKYO in 2015, which marks both traditional sense and modern aethetics of Japanese tattoo. Sudo has beautifully reconstructed his original edition published in 1985 by Shogakukan, adding the later photos taken of “Venus” the women model wth tattoo with an 8x10 camera, images of “Number-human letters” formed by 12 models with full-body tattoos. With a fresh and modern taste, Sudo threw the connection and relationship between people and tattoo into relief.

In the afterword he quoted;

To hold in deep respect the culture of the common people passed down from old,

Choosing each pattern with painstaking care.

In the midst of a silent space and moment,

The hands of a single minded master

Engrave onto the bodies of the brave

The spirit concealed within and the beauty released outward,

When these have become one,

The aesthetic of the naked body hidden from sight,

The pride of Japan, is born in the world.

To those who have gained the ability to shine continuously,